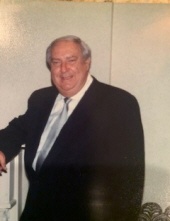 After college, Bill enlisted in the United States Marine Corps.

On January 10, 1960, he was united in marriage to Doris Ann Dulle, also of Jefferson City, Missouri.

Bill became a bookkeeper for the Kansas City Stockyard Company, returning on weekends to Jefferson City to be with his wife and children. In the summer of 1962, Bill and his family relocated to Washington D.C. where Bill was the bookkeeper for the Golden Ox Restaurant in Washington. He rose through the company to become the general manager of the restaurant. In the summer of 1978, Bill returned to Kansas City with his family where he become the general manager of the Golden Ox. Bill later became the owner of the Golden Ox restaurant and the Livestock Exchange Building in 1991.

In December of 1982, after the death of Arthur Bryant, Bill was approached to operate Arthur Bryant’s Barbeque located at 1727 Brooklyn Avenue. In March of 1983, Bill and his management team re-opened the legendary barbeque restaurant and he operated it until his death.

In 1993, Bill’s personal legacy was sealed when he repurchased the original 100 acres of the old Rauschelbach family farm in Tebbetts, Missouri, fulfilling a promise he had made to his grandfather when he was 6 years old. Bill has since grown the farm to almost 700 acres of quality river bottom land.

Bill fell in love with Florida in the mid 1990’s and became a year-round resident in the early 2000’s, living in Bonita Springs, Florida, where he spent many years with his current wife Frances Christensen-Rauschelbach. On Sunday, April 6, 2020, the family will hold a memorial in his honor in Bonita Springs, Florida at the Barefoot Beach Club, where Bill was a founding member and past board member.

He is preceded in death by his mother Ruby Rauschelbach-Hull and his father Pat, who died when he was very young; a sister Patricia Middlebrook of Bethesda, Maryland; and Jay B. Dillingham, a friend, long time mentor and father figure.

Following the service, Bill will be entombed on his farm.

In lieu of flowers, the family would encourage donations in the name of William Rauschelbach to be made to the American Lung Association.

Lastly, the family would like to thank Cindy Pyles for her unbelievable effort in caring for dad in his home for the last 8 months and up to the last week of his life. The family cannot express in words what her efforts must have been in caring for dad during some very tumultuous and difficult times. Cindy, thank you, you will forever be a part of our family.

Those wishing to send condolences to the family may do so at the www.dulletrimble.com website.
To send flowers to the family in memory of William Wallace Rauschelbach, please visit our flower store.