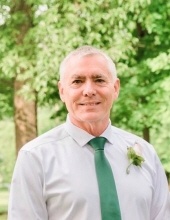 William Raymond “Bill” Lowry, 66, of Jefferson City, went home to be with the Lord on Saturday, November 9, 2019, at SSM Health St. Mary’s Hospital.

He was a 1971 graduate of North Mahaska High School in New Sharon, Iowa. He graduated from Truman State University in 1975 with a degree in Criminal Justice.

Bill began his life-long career in law enforcement as a small-town officer in New Sharon, Iowa going home on weekends to work there while in college. While in college he also worked as a security guard for the Safety and Security Department at the University. He later became full-time for the University.

He entered the Missouri State Highway Patrol Academy in November of 1975 and graduated in April of 1976. After graduation, he was assigned to Pike and Lincoln counties Zone 7, Troop C where he spent 16 years. He then transferred to MSHP General Headquarters in Jefferson City in February of 1992 where he remained until his retirement in 2013, after 37 years as a member of the Missouri State Highway Patrol.

At times, younger members were a little in awe at the number of stars on his sleeve…one star for every five years of service. After he reached the Patrol’s mandatory retirement age, he went back to work part-time as a civilian employee in the same division he left as a uniformed officer. He retired from his part-time position in August of 2019.

Bill married his college sweetheart Valerie Rutledge on June 19, 1976, in Kirksville, Missouri. Together they created a home for their four children.

He enjoyed watching his children participate in their sporting and music events. He was an involved father and grandfather and that included changing diapers. He enjoyed keeping up on technology. He enjoyed staying active and getting his 10,000 steps daily which kept his heart strong until the end.

Bill will continue to touch many even after his death as a tissue donor.

Bill was a believer in Christ and read scriptures daily and enjoyed listening to Christian music.

He was preceded in death by his parents and stepfather, Lester Hull.

Visitation will be 11 a.m. to 1 p.m. Wednesday at Dulle-Trimble Funeral Home.

A memorial service will be held 1 p.m. Wednesday at Dulle-Trimble Funeral Home.

In lieu of flowers, donations can be made to MASTERS (Missouri Association of State Troopers Emergency Relief Society); World Hope International; Sister of St. Mary’s Charities; or to a charity of the donor’s choice.

Those wishing to send condolences to the family may do so at the www.dulletrimble.com website.
To send flowers to the family in memory of William Raymond "Bill" Lowry, please visit our flower store.