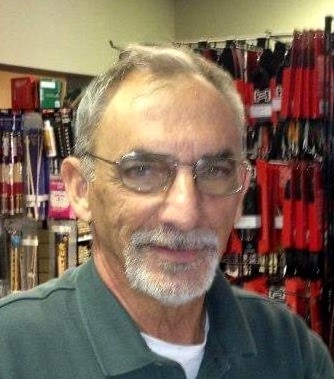 William was born May 24, 1945, in Dothan, Alabama, the son of Frank and Wilma (Hamm) Rant.  He married Terry Ange, with whom he had two children prior to separating.  He earned his PhD in Mathematics from the University of Alabama and went on to teach at Lincoln University for over 40 years.  He enjoyed playing guitar, working on math problems, and loved the beach.

William is survived by a son and daughter-in-law, Eric and Laura Rant of Bettendorf, Iowa; three grandchildren, Kaitlyn (Pat) Lopez, Megan Rant, and Dylan Rant; a great-grandson, Brody; and two sisters, Marilyn Rant of North Carolina and Renee Maye of Alabama.  He was preceded in death by his parents and a daughter, Dina Rant.

Services are 11 a.m. Thursday, July 14, at Trimble Funeral Homes, 3210 N. Ten Mile Dr., Jefferson City.  Visitation will be one hour prior to services.  Burial will be in Resurrection Catholic Cemetery.

To send flowers to the family in memory of William Howard Rant, please visit our flower store.