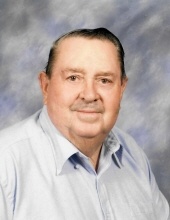 He was born November 9, 1932, in Hartsburg, Missouri, the son of the late Fred and Iness (South) Woods.

He was united in marriage on April 5, 1952, at St. Martin Catholic Church in St. Martins to Dorothy Ann Schwenewerk who preceded him in death on May 4, 2003.

He was a member of St. Martin Catholic Church. He enjoyed fishing, mushroom hunting, and squirrel hunting.

Mass of Christian Burial will be 11 a.m. Thursday at St. Martin Catholic Church with the Rev. Jason Doke officiating.

Those wishing to send condolences to the family may do so at the www.dulletrimble.com website.
To send flowers to the family in memory of William Perry Woods, please visit our flower store.