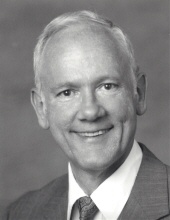 He was born on July 17, 1932, in St. Louis, Missouri, the son of the late William Willard Burke and Dorothy May Williams Burke.

He was a U.S. Army veteran of the Korean Conflict.

He enjoyed singing, traveling, and following his favorite sports teams. His family was his greatest happiness.

He was preceded in death by one brother, Richard Williams Burke.

Those wishing to send condolences to the family may do so at the www.dulletrimble.com website.
To send flowers to the family in memory of William Corbin Burke, Sr., please visit our flower store.