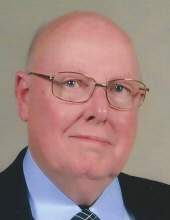 He was married to Janet Killingsworth who preceded in death in 2002. He was untied in marriage on August 18, 2007, to Marilyn Claire Blakeman who preceded him in death on May 9, 2015.

Walter worked as a computer programmer for Missouri Department of Transportation. He also had worked as a draftsman.

He was a member of St. Paul’s Lutheran Church in Lohman, the Kingdom Pilots Flying Association in Fulton, and the Lions Club. He enjoyed flying small engine airplanes, reading, and traveling.

He was preceded in death by his parents; his first wife, Janet Illston; his second wife, Marilyn Illston; and extended family members including brothers and sisters.

A memorial service will be held 1 p.m. Thursday, January 17, 2019, at St. Paul’s Lutheran Church in Lohman with Pastor David Viles officiating. A time of gathering and meal will be held following the service at the church.

Those wishing to send condolences to the family may do so at the www.scrivnermorrowrussellville.com website.
To send flowers to the family in memory of Walter Robert Illston, please visit our flower store.