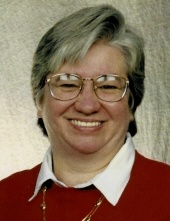 Virginia Pauline Caldwell, 71, of Jefferson City, passed away Monday, February 10, 2020, at her residence.

She was born September 7, 1948, in Puxico, Missouri, the daughter of the late Donald and Gladys (Hodge) Page.

She was united in marriage in 1968, in Puxico, Missouri to Dale Alexander Caldwell who preceded her in death on March 31, 2016.

A homemaker, she enjoyed quilting and gardening.

She was preceded in death by her parents; her husband, Dale; and her son, Scott who passed away in 2009 at the age of 38. Virginia was looking forward to seeing them again.

Funeral service will be 2 p.m. Friday at Dulle-Trimble Funeral Home.

Dulle-Trimble Funeral Home is in charge of the arrangements.
To send flowers to the family in memory of Virginia Pauline Caldwell, please visit our flower store.