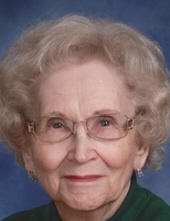 She was born February 6, 1927, in California, Missouri, the daughter of the late Robert and Myrtle (Melton) White.

She was united in marriage on February 23, 1952, in Arkansas to Clarence Junior “Gabby” Higgins who preceded her in death on December 8, 2006.

Virginia worked for the United States Department of Agriculture as a meat inspector at various plants including the plant in Carrolton, MO.

She was a member of St. Michael Catholic Church in Russellville and the Quilters Group. She also was a member of the American Legion Auxiliary in Centertown. She volunteered at Capital Region Medical Center in the library and made angel quilts for the nursery. Virginia enjoyed quilting, staying close to friends, and loving her family.

She was preceded in death by her parents; her husband, her son, Joseph George; sister, Vera Suggs; one grandson, Rob Morehead; and her in-laws, Melvin (Georgia) Bonine; Harold (Pauline) Allen; and Bob (Ruby) Light.

Visitation will be 4-7 p.m. Friday, August 11, 2017, at St Michael Catholic Church in Russellville with a prayer service at 4 p.m.

Mass of Christian Burial will be 10 a.m. Saturday, August 12, 2017, at St. Michael Catholic Church in Russellville with the Rev. Louis M. Nelen officiating.

Burial will be in Centertown Cemetery.

Scrivner-Morrow Funeral Homes in Russellville is in charge of the arrangements.
To send flowers to the family in memory of Virginia Lee Higgins, please visit our flower store.