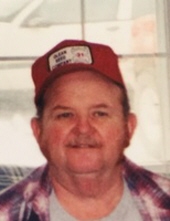 He was born December 6, 1944, in Russellville, Missouri the son of the late Oscar H.P and Leona (Propst) Sauer.

He attended Russellville High School and graduated in 1962.

After graduation, he served in the National Guard.

Truman worked for International Shoe Factory and was a bridge crew foreman with the Missouri Highway Department until his retirement. Truman ended his working career as a bus driver for the Russellville School District.

He was a member of the Olean Buffalo Club, the American Legion Roscoe Enloe Post 5, and the Fraternal Order of Eagles Aerie 2693. In his younger years, Truman was an avid hunter and fisherman. He also enjoyed barbequing and frying fish for family and friends. He hosted numerous wild meat feeds and pool parties and could usually be found cooking at the “nut shack” at Olean’s Testicle Festival each June. In his later years, Truman was content watching St. Louis Cardinal baseball, NASCAR, Westerns, and host his annual Father’s Day fish fry for family and friends.

He was preceded in death by his parents; his wife; one infant sister, Mary Ann Sauer; one brother, Leroy Sauer; and a good friend, Rita Robinett.

Visitation will be 5-7 p.m. Monday, August 28, 2017, at Scrivner-Morrow Funeral Homes in Russellville.

Scrivner-Morrow Funeral Home in Russellville is in charge of the arrangements.
To send flowers to the family in memory of Truman Herman Sauer, please visit our flower store.