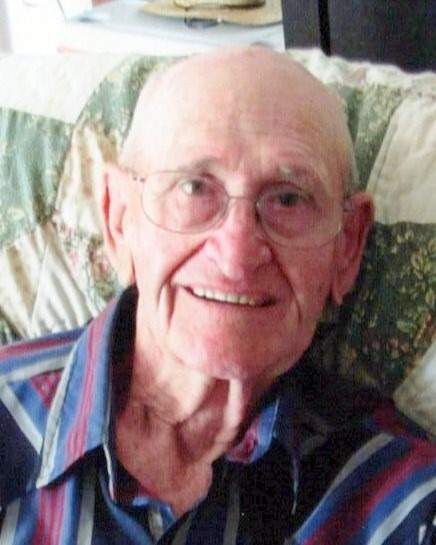 Thomas H. Elwood, 89, of Russellville went to be with his Lord on Tuesday, November 8, 2022 at Stonebridge Villa Marie under the care of Compassus Hospice.

Tom was born October 16, 1933 in Humphreys, MO to the late Hobart and Inez (Tharp) Elwood. While growing up on the family farm, Tom learned the value of hard work and dedication. After graduating from Humphreys High School, Tom enlisted in the U.S. Army. He was stationed in Germany during the Korean War. On July 24, 1954, Tom married Mary Lou Custard in Trenton, MO. While raising their three children, Sherry, Gene, and Wayne, Tom worked as a fireman for the St. Joseph Missouri Fire Dept. He later worked as a lineman for the Missouri Rural Electric Co-Op in Trenton. The family moved to Russellville where Tom continued to work for the Co-Op’s central office in Jefferson City as a Safety Inspector and Safety Instructor. Farming was always in Tom’s blood, so even while working full time for the Co-Op, Tom raised cattle and tended to his Russellville farm. After retirement, Tom worked part-time for Russellville Locker and Feed. Tom and Mary Lou are members of Russellville Baptist Church. In his younger years, Tom was a Deacon and taught Bible Study.

Visitation will be Saturday, November 12, 2022 from 9:30 a.m. until 11:00 a.m. at Russellville Baptist Church. Funeral services will begin at 11:00 a.m. with Pastor Rusty Kuhns officiating. Burial with military honors will follow at Enloe Cemetery.

Memorials may be directed to Russellville Baptist Church or Compassus Hospice .

To send flowers to the family in memory of Thomas H. Elwood, please visit our flower store.