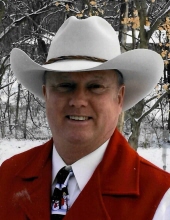 Terrance Paul Fain, 63, of Jefferson City, passed away Tuesday, August 31, 2021, at the Harry S. Truman Memorial Hospital in Columbia due to COVID 19 complications.

He was born on March 14, 1958, in Stamps, Arkansas to the late Jesse Paul and Connemara Teresa (Welsch) Fain.

Terry was a 1976 graduate of Stamps High School and received an Associates Degree while he was serving in the Air Force.

He served his country proudly for twenty -two years with the United States Air Force in the Ammo Troop.

He was married 1985-2001 in Jefferson City to Cindy Marie Carel Vanka. On May 14, 2016, he married Christie Marie Haller Thompson at Immaculate Conception Catholic Church in Jefferson City. She survives at the home.

Terry was a laborer with Local Union 662.

He was a member of Immaculate Conception Catholic Church.

A true outdoorsman, Terry loved to hunt, fish, hike, and work on his old truck. He had wonderful adventures when he was stationed with the Air Force in Alaska, hunting bear and moose.

He was preceded in death by his parents; 2 brothers, John Hudson, and Patrick Fain; and one sister, Deborah Garber.

A memorial service will be 11:00 a.m., Saturday, September 4, 2021, at Dulle-Trimble Funeral Home with the Rev. Donald Antweiler officiating.

Memorials are suggested to Wounded Warriors or money to be used to purchase a memorial park bench on Riverside Park Greenway with checks being made out to Christie Fain.

Those wishing to email tributes or condolences to the family may do so at the www.dulletrimble.com website.
To send flowers to the family in memory of Terrance Paul "Terry" Fain, please visit our flower store.