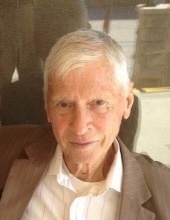 Stephen James Lutz, 86, of Jefferson City, passed away Sunday, March 15, 2020, at The Bluffs in Columbia, Missouri.

He was born September 13, 1933, in Jefferson City, the son of the late John Andrew and Beulah May (Hendrix) Lutz.

He was a graduate of St. Peter High School and was a 1958 graduate of Lincoln University with a Bachelor of Science Degree in Business Administration with further studies in History, Higher Education, and Psychology.

Stephen served his country in the United States Army during the Korean Conflict. He also served in the Missouri National Guard as a Master Sergeant working as Chief Intelligence Analyst with the Division of Intelligence and Security.

He worked at the Missouri Department of Education in the Division of Vocational Rehabilitation. He also worked as a public defender counselor and as a parole officer with the Federal Bureau of Prisons. Following retirement, he owned and operated Central Missouri Products and Ozark Recycling.

He was a member of St. Peter Catholic Church, Veteran of Foreign Wars, American Legion and the Fraternal Order of Eagles. He enjoyed farming, spending time with his children and grandchildren, and most of all riding his lawn mower.

He was preceded in death by his parents; two brothers, Joseph (Peggy) Lutz, Andrew (Shirley) Lutz; and one brother-in-law, Ray Wallis.

Funeral service will be 1 p.m. Wednesday at Dulle-Trimble Funeral Home.

Those who are concerned about coming to the services due to the COVID-19 pandemic, are encouraged by family to stay home. Offers of condolences through notes and cards may be sent to Dulle-Trimble Funeral Home.

Those wishing to send online condolences to the family may do so at the www.dulletrimble.com website.
To send flowers to the family in memory of Stephen James Lutz, please visit our flower store.