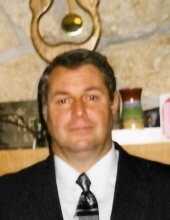 He was born June 17, 1950, in Jefferson City, the son of the late Arthur Christopher and Anna Mae (Stokes) Nentwig.

He was united in marriage on April 28, 1984, at St. Peter Catholic Church in Jefferson City to Cheryl Audrey Mosley who survives.

He loved to watch the Pittsburg Steelers football games and St. Louis Cardinals baseball games. He also loved to go to the casino in Boonville and to play bingo. He loved to take daily drives around town looking at neighborhoods, cats, dogs and the swans and geese at Binder Park and McKay Park.

Funeral service will be 2 p.m. Saturday at Dulle-Trimble Funeral Home with the Rev. Louis Nelen officiating.

Memorials are suggested to the Callaway Hills Animal Shelter.

Those wishing to send condolences to the family may do so at the www.dulletrimble.com website.
To send flowers to the family in memory of Stephen Christopher Nentwig, please visit our flower store.