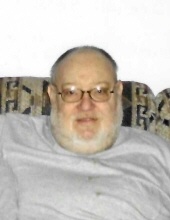 Stanley Dale Eikermann, 68, of Holts Summit, passed away Saturday, August 1, 2020, at Capital Region Medical Center with his family by his side.

Stanley was born August 6, 1951, in Morrison, Missouri, the son of Milton and Irma (Cramer) Eikermann.

He was united in marriage on June 9, 1973, at Bethany United Church of Christ near Hermann, Missouri to Norma Racherbaumer.

Stanley worked for ABB for 34 years and farmed till he became disabled in 2005. He enjoyed hunting and fishing, going to tractor pulls, and playing cards. The last couple years he enjoyed bird watching from his picture window at home.

He was preceded in death by his parents, Milton and Irma Eikermann.

Visitation will be 4-7 p.m. Thursday, August 6, 2020, at Dulle-Trimble Funeral Home in Jefferson City.

Burial will be in the Zion St. Peters United Church of Christ Cemetery.

Those wishing to send condolences to the family may do so at the www.dulletrimble.com website.
To send flowers to the family in memory of Stanley Dale Eikermann, please visit our flower store.