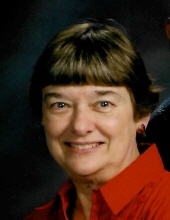 She was born December 10, 1948 in Jefferson City to the late Harry and Hilda (Boch) Bemboom.

On November 24, 1968, she married Gary Hutinger in Jefferson City.

Shirley was an auditor with the State Department of Corrections Auditing Dept. until her retirement. She then began working in the catalogue department at J.C. Penny. After retiring from Penny’s, Shirley worked in the office at American Prearrangement Services. Shirley always kept busy, so if you couldn’t find her at work, you would find her actively involved at the Fraternal Order of Eagles where she was a Past Madam President. With Gary as her driver, Shirley loved to go antiquing for collectables, especially anything with Angels, Elvis memorabilia, plates and figurines. In their earlier years, Shirley and Gary enjoyed traveling and looked forward to their cruise ship adventures. She also enjoyed going to see plays at the Miller Performing Art Center.

Shirley was preceded in death by her parents and husband, Gary.

The general public is welcome to attend services while following social distancing guidelines. Facial coverings are suggested while in attendance.

Those wishing to email condolences to the family may do so at the dulletrimble.com website.

Memorials may be directed to the church or charily of your choice.
To send flowers to the family in memory of Shirley Anne Hutinger, please visit our flower store.