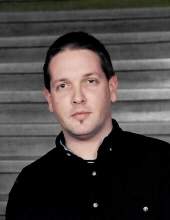 Scott was passionate about music and cooking. He spent most of his free time doing either one or the other or both…

He was preceded in death by his father, Steven Osborn; his grandparents, Norbert and Sylvia Wolters, Russell Osborn, Virginia Long; and an uncle, Mike Osborn.

Visitation will be 11 a.m. till 1 p.m. Saturday, May 8, 2021, at Dulle-Trimble Funeral Home with a Remembrance Service to follow at 1 p.m. with Ed Gillmore of Capital City Christian Church officiating.

Private family burial will be held at a later time.

In lieu of flowers, memorials are suggested to the family in care of Joyce Osborn.

Those wishing to send condolences to the family may do so at the www.dulletrimble.com website.
To send flowers to the family in memory of Scott Eric Osborn, please visit our flower store.