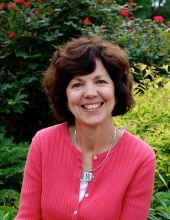 Ruth Ann Doerhoff, 69, of Jefferson City, passed away Wednesday, January 15, 2020, surrounded by her loving family. She was born September 13, 1950, and raised in St. Elizabeth, Missouri, the first of nine children of Victor and LaVerne (Jurgensmeyer) Wilde.

She was united in marriage on January 29, 1971, at the St. Lawrence Catholic Church in St. Elizabeth, Missouri to Dale C. Doerhoff, also a native of St. Elizabeth, whose family home is a block from Ruth’s childhood home. Ruth and Dale acquired their current home in Jefferson City in 1976, raised their family of three children there, and hosted many family events over the years with annual Christmas Eve gatherings being especially memorable with toasts, dinner, music, and presents.

Valedictorian of her 1968 graduating class of St. Elizabeth High School, Ruth attended the University of Missouri at Columbia and earned a Bachelor of Science degree in Education in 1972 and a Master of Arts degree in Speech and Dramatic Art in 1973.

Ruth was licensed as a Speech Pathologist by the State Board of Registration for the Healing Arts in 1975, and she maintained her clinical certification with the American Speech and Hearing Association for the past forty-five years.

After all of her children were in school, Ruth resumed her professional career as a Speech Pathologist at Capital Region Medical Center where she helped to diagnose and treat numerous stroke and head injury patients for thirty-five years, retiring in 2015. Ruth was beloved by the many patients she helped. She structured her professional schedule around her children’s needs and always placed family first.

Ruth was a selfless loving wife, mother, grandmother and dear friend who made all around her feel loved, valued and understood. She loved doing things with her husband, children and grandchildren. She was an amazing cook. She loved to fish with her husband but only if the fish were biting, and regularly out-fished Dale with her touch for the bite. She enjoyed golfing with other couples or just with Dale for nine holes before sunset, playing the course as a team. Ruth was known for her straight drives in the fairway and her uncannily accurate putts. She was always ready for a game of Rummikub and a force at cards, usually Pitch. She was a formidable softball pitcher in her day, enjoyed biking, hiking, tennis and most recently Pickleball.

Her special joy was being a devoted grandmother who prioritized nurturing her relationships with each of her grandchildren. Grandma Ruth (or Oma) came to all of their important or special events, from piano recitals to sports or at school or daycare. She was most often the first person they wanted to call or text. For the past several years, Miles, Elliot and Christine had the gift of her picking them up from school every day, and Eleanor had the gift of her frequent trips to St. Louis and video calls.

Ruth was a faithful sister of P.E.O Chapter MQ and served on the Courtesy Committee to help her sisters and their families in need. She was a past member of a parish Immaculata Club and assisted and served others in many ways for which she wanted no public credit.

A special vocation was the support she gave to Dale’s legal career, and the two enjoyed attending and socializing at many professional events together. He recognized and appreciated that she was the air beneath his wings and they often made special time for side trips for just the two of them.

Ruth loved to travel, sometimes with her sister Lois Bax or with both sisters, Lois and Janet and their mother, LaVerne, but she mostly traveled with Dale, either the two of them or with a few friends or her children. Ruth’s traveling adventures included Germany, Great Britain, Spain, Italy, France, Switzerland, the Baltic, the Caribbean, Hawaii, Alaska, and other destinations, always scheduled so as not to miss any important family events.

Ruth and Dale’s last trip was to San Antonio over the 2019-2020 New Year’s holiday to relive cherished memories from their earlier days in San Antonio in the 1970s when Dale was stationed at Ft. Sam Houston and Ruth stayed with him after completing her Master’s degree classes. The last trip was like a second honeymoon, and Ruth was in apparent excellent health and able to enjoy every moment. That she would be gone less than two weeks later from a disease she had defied for five years is unimaginable to her family and friends.

Ruth and Dale described their loving marriage as a fairy tale come true, that began and continued with a romance and passion that never diminished. Their home on the hill has clear views of sunrise and sunset, and their favorite times of the day were coffee together at dawn and wine together on the west-side patio and porch at sunset. Their theme song was “Sunrise, Sunset.”

She was preceded in death by her father and stepfather, Daniel Dubbert.

Committal service will follow at St. Lawrence Catholic Cemetery in St. Elizabeth, Missouri with a reception and lunch to follow at the St. Elizabeth Community Center.

Those wishing to send condolences to the family may do so at the www.dulletrimble.com website.
To send flowers to the family in memory of Ruth Ann Doerhoff, please visit our flower store.