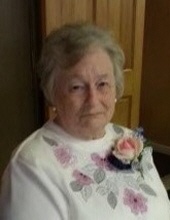 Rosemary Josephine Long, 84, of Jefferson City, passed away Wednesday, February 16, 2022, at her residence.

She was born on March 18, 1937, in Jefferson City, the daughter of the late Elmer Matthew and Rose Beatrice (Mertens) Stockman, Sr.

“Miss Rosemary” owned and directed the Growing Gardens for Little Bloomers Day Care for thirty years before retiring and transferring ownership to her daughter-in-law and son. She had a strong work ethic and manned her other business, Flowers Etc. Shop during much of this time, also. In earlier years, she worked for Cheesebrough Ponds for fifteen years.

She was a member of St. Peters Catholic Church. She decorated the church for the holidays for many years before her health slowed her down.

Raising six children and operating a daycare made her a really fun grandmother and her grandchildren and great grandchildren adored her. She loved flowers and gardening, bingo, reading, and doing puzzles. Surprisingly, she also loved watching horror movies, especially with her grandkids.

Memorials are suggested St. Jude Children’s Hospital or to the American Diabetes Association.

Those wishing to send condolences to the family may do so at the www.dulletrimble.com website.
To send flowers to the family in memory of Rosemary Josephine Long, please visit our flower store.