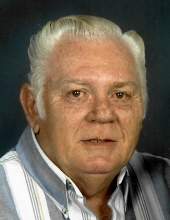 He was born April 27, 1940, in Flat River, Missouri, the son of the late Eugene Joseph and Virginia (Ferguson) Doggett.

He was united in marriage on August 6, 1960, in Argyle, Missouri to Esther Sabina Wieberg who survives.

Ronnie worked for Westinghouse Manufacturing on the final assembly line. He was a member of St. Francis Xavier Catholic Church in Taos. Ronnie enjoyed NASCAR, fishing, playing cards, and most of all spending time with his family.

He was preceded in death by his parents; son-in-law, Jerry Otto; one sister, Marlene Ratliff; an infant brother; and two brothers, Raymond Doggett and Paul Doggett.

Mass of Christian Burial will be 11 a.m. Friday at St. Francis Xavier Catholic Church in Taos with the Rev. Michael W. Penn officiating. The service will be live streamed for those who wish to watch from home. The link can be found on Ronnie’s obituary page under Tribute Wall at www.dulletrimble.com.

The general public is welcome to attend while following social distancing guidelines. Facial coverings are encouraged while in attendance.

Memorials are suggested to the American Heart Association.

Those wishing to send condolences to the family may do so at the www.dulletrimble.com website.
To send flowers to the family in memory of Ronnie Carl Doggett, please visit our flower store.