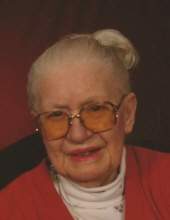 Ronald Jackson, 80, of Jefferson City, MO passed away on Sunday, October 3, 2021 at Villa Marie Senior Living, Jefferson City.
He was born May 8, 1941 in Springfield, IL to the late Lester and Betty (Black) Jackson. Growing up on the family farm in Alma, Ronald knew the value of hard work. He appreciated being outdoors, growing and harvesting produce from the garden. Ronald took pride in growing the best vegetables, having the tallest tomato plants and raising the most beautiful flowers. Ronald also enjoyed feeding the squirrels and the many birds that came to his backyard feeders. Whether it was golfing, swimming, the Olympics, cheering on the Mizzo Tigers or the Cardinals, Ronald loved all kinds of sports.
On May 8, 2007, Ronald married Margie Murray at the Church of God in Fulton,MO.
Before retiring, Ronald was a Computer Technician for the Memorex-Telex Corporation.
Survivors include his wife, Margie of Jefferson City, two daughters, Alice (Arnie) Strzelinski of Farmersburg, IN, Adrian (Brian) Baker of Midland, TX, three grandchildren, Jackie Williams, Justin (Cassie) Jackson and Wyatt Baker, five great grandchildren, Riley, Jackson, Grace, Junie and Pippa and two brothers, Richard (Judith) Jackson of Cincinnati, OH and Steve Jackson of Swartz Creek, MI.
Ronald was preceded in death by a sister-in-law, Sandra Jackson.
Graveside services were held on Sunday, October 10, 2021 at Martin Cemetery in Alma.
Dulle Trimble Funeral Home, Jefferson City assisted the family with arrangements.
Those wishing to email tributes or condolences to the family may do so at www.dulletrimble.com
To send flowers to the family in memory of Ronald Jackson, please visit our flower store.