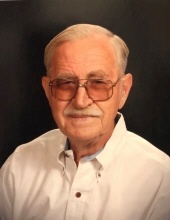 Roman Henry Even, 83, of Jefferson City, passed away Tuesday, June 16, 2020, at St. Mary’s Hospital surrounded by his family. His battle with acute leukemia and infection put to rest.

He was born February 7, 1937, in Westphalia, Missouri, the son of the late Charles Henry and Angela Johanna (Hagenhoff) Even. His childhood was filled with tradition and German conversation.

He was a 1955 graduate of Fatima High School. Roman played the sousaphone for the high school marching band. His mama was the long-time school secretary there.

Roman served in the United States Army during the Vietnam War. His service was at Fort Leonard Wood Military Base, where his duties included transportation for funeral ceremonies, school kids and military dignitaries. There were many stories he could tell after his years there, some appropriate, some not so much.

He was united in marriage on October 20, 1962, in Jefferson City at St. Peter’s Catholic Church to Carolyn Sue Duncan who resides at the home. Roman and Carolyn celebrated 58 faith-filled years together. Carolyn could be known as the thief who took Roman from Westphalia to Jefferson City, though he never lost his roots and connections in his hometown. Roman never regretted his move and was the pillar of his family.

Retiring in February 1999, Roman was manager of Willibrand’s Tire & DX for forty-two years. His days at Willibrand’s ranged from tinkering on engines to changing tractor tires out in a field to helping out whomever came his way. “Lefty” or the “dutchman” was highly regarded and also known for his orneriness.

He was a long-time member of Immaculate Conception Catholic Church, the church Dream Team, Knights of Columbus, Holy Name Society, and the American Legion. Roman was a very faith-driven man, who prayed the rosary daily. Even while fighting leukemia, he sat at the dinner table with his wife and daughter to participate in mass through live streams during the pandemic.

An avid fisherman, Roman enjoyed fishing for crappie in Warsaw, Missouri with good friends Carolyn and Jack Gill. Wood working, grass cutting, bird watching in his back yard, and watching the St. Louis Cardinals were among his favorite past times. He loved nothing better than to reminisce with family and friends about the olden days, bringing such laughter and enjoyment to all around.

He was preceded in death by his parents, son-in-law, Daniel Carlson, and a brother, Leroy (Dorothy) Even. Leroy and Roman were two peas in a pod, and got into much mischief over the years.

Mass of Christian Burial will be 10 a.m. Thursday, June 25, 2020, at Immaculate Conception Catholic Church with the Rev. Donald J. Antweiler officiating. There may be limited capacity at the church due to current safety precautions from the pandemic.

Those wishing to make a memorial donation may do so to Veteran’s Support Foundation (www.vsf-usa.org) or a charity of their choice.

The general public is welcome to attend the services while following social distancing guidelines. Those attending the Mass will need to wear masks. Disposable masks will be provided by Dulle-Trimble Funeral Home if needed.

Those wishing to send condolences to the family may do so at the www.dulletrimble.com website.
To send flowers to the family in memory of Roman Henry Even, please visit our flower store.