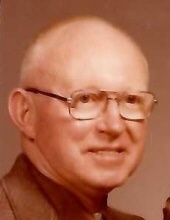 He was born in Cole County near Russellville on June 29, 1924, a son of the late Raymond A. and Nola M. Scott Payne.

A lifelong resident of central Missouri and a 1943 graduate of Russellville High School, Cletis was a faithful member of the Church of Christ where he served for many years as an Elder, Bible class teacher and song leader.

In addition to farming most of his lifetime, in earlier years Cletis was employed by Tweedie Shoe Factory, MFA Exchange in the Russellville and Enon areas, retiring from Chesebrough Ponds (Unilever) in 1985.

He enjoyed being on his farm tending to his cattle, working with his horses and taking his mules and wagon on many trail rides and wagon trains throughout central Missouri. He also enjoyed time spent with his family and friends, especially his grandchildren and great-grandchildren.

In addition to his wife and parents, he was preceded in death by one brother Bill Payne; a sister Bonna Rapp; an infant sister Cleora Payne; a son-in-law Jack Gilliam as well as a sister-in-law, brothers–in-law and a niece.

Visitation will be held at Scrivner-Morrow Funeral Home in Russellville on Friday, October 30, 2020, from 10-11 a.m. with funeral service to follow at 11 a.m. with Carey Terry officiating.

Interment will be in the Enloe Cemetery, Russellville.

Those wishing to send condolences to the family may do so at the www.scrivnermorrowrussellville.com website.
To send flowers to the family in memory of Roger Cletis Payne, please visit our flower store.