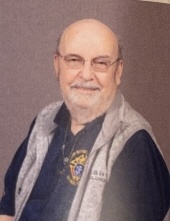 He was born on January 24, 1945, in Ironton, Ohio, the only child of the late Donald L. and Jeanne Lawson Heald. His parents both remarried when Bob was young which provided him with several half-siblings.

A 1963 graduate of Neosho High School, he received an Associate of Arts degree in Biology from Crowder College in Neosho in 1965.

He was a member of the Missouri National Guard while a resident of southwest Missouri.

Bob was employed by the Missouri State Highway Patrol as a Radio and Telecommunications Engineer beginning in 1973 and was stationed at the Patrol's Troop A headquarters in Lee's Summit. During his tenure at Troop A, Bob trained hundreds of state, county, and municipal dispatchers the skills required to operate Missouri's law enforcement computer system, aptly named MULES.

In 1993, Bob was promoted to direct the MULES training program for the entire state at which time he transferred to the Patrol's General Headquarters in Jefferson City where he continued to reside following his retirement in 2004.

While in Lee's Summit, Bob was an active member of Our Lady of Presentation Catholic Church where he made many friends and served as the weekly ministry volunteer coordinator at Mass. Bob and Carol were active in leading “Marriage Encounter” retreats. Marriage Encounter was special for them as it was after attending their first retreat that Bob pursued joining the Catholic Church. After moving to Jefferson City, he became a member of the Cathedral of Saint Joseph where he served as a Eucharistic Minister.

Bob was vice-president of the Jefferson City Photo Club and volunteered his photographic talents to his church and other civic organizations such as St. Mary's Hospital where he volunteered as an Ambassador for many years, and he was the recording secretary and host for SSM Mended Hearts.

He was a federally licensed General Class Amateur Radio operator, holding the call sign W0XII, was an active member of the Cole County Amateur Radio Emergency Services (ARES), and was a past secretary-treasurer of the Mid-MO Amateur Radio Club.

Bob was a prolific reader and enjoyed many types of books and particularly enjoyed science fiction, dragon mythology, and Harry Potter.

Survivors include half-brothers and sisters, nieces, nephews, cousins and Godchildren.

Mass of Christian Burial will be 10 a.m. Thursday, February 4, 2021, at the Cathedral of Saint Joseph with the Rev. Louis Nelen officiating.

The service will be live-streamed for those who wish to watch from home. The link can be found on Bob's obituary page under Tribute Wall at www.dulletrimble.com.

Visitation will be 9-10 a.m. Thursday at the Cathedral. The general public is welcome to attend while following social distancing guidelines. Facial coverings are required while in attendance except when social distancing is observed while seated in a pew.

Memorials are suggested to the Knights of Columbus, 737 Shawn Drive, Jefferson City, MO 65109.

Dulle-Trimble Funeral Home, Jefferson City, is in charge of arrangements.

Those wishing to email tributes or condolences may do so at the www.dulletrimble.com website.
To send flowers to the family in memory of Robert Lee "Bob" Heald, please visit our flower store.