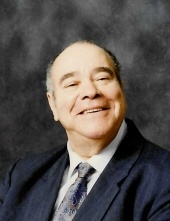 Robert was born December 4, 1934 and raised in Dallas, Texas. He was the son of the late Sidney Hines and Retha Elizabeth (Shipman) Mitchell.

He was educated in the Dallas Independent Public School System. He left Dallas to study at Lincoln University in Jefferson City, Missouri where he received his Bachelor of Music Education degree in 1956.

Returning to Dallas, Robert taught two years at Madison High School while simultaneously working on his Master‘s degree at North Texas University (now the University of North Texas). After graduating with his master’s degree, he was invited back to Lincoln University to work as a Supervisor of Student Teaching at Laboratory High School and as an Instructor of Music.

In 1958, he married Peggy W. Brigham and to that union was born a son, Robert Lee Mitchell, Jr. He continued to teach at Lincoln University and at the Laboratory High School.

Later he took a leave of absence from the University to become Building Principal of the Laboratory High School. Robert received a sabbatical every five years from Lincoln and used the time to improve his knowledge in music education, particularly in composition, computer music, conducting, and other related courses. He taught many courses at Lincoln and moved through the ranks to ultimately reach the status of Full Professor. During his tenure at Lincoln University, he was often asked to be a choral clinician throughout the Midwest, and was also frequently requested to be Scholar in residence in many Universities throughout the country.

During the summer of 1971 he was appointed conductor of “The Little Theater of Jefferson City, Missouri'', and they performed “How To Succeed In Business Without Really Trying” and “The Fantastiks.” Subsequent to the tour in Ireland, Robert was asked to stay on as conductor of the Little Theater for four more years while simultaneously teaching at Lincoln University. Because of that summer abroad, The Munford Singers of Ireland came to the United States to be coached by Professor Mitchell.

In 1977, he founded L.U.V.E (Lincoln University Vocal Ensemble) which immediately became very popular because of the variety of other musical obligations as well. From 1958 to late 1980’s he was the Organist-Choir Master at Grace Episcopal Church. After hiring an assistant to work as the church’s organist, Robert continued at Grace as the Director of Music. It was there he wrote a Mass that followed the liturgy. Later he wrote a variety of music that included some personalized, specifically for the birthday of renowned people such as Absalom Jones, the first Black priest in the Episcopal Church. The mass is performed every February. He also composed a variety of other works for various instrumentation some of which are performed at Grace Church for the choir and congregation. Robert was also Chairman of Student Membership in the Music Educators National Conference.

He completed his career at Lincoln by becoming interim Chairman of the Fine Arts Department and conducting the full version of Porgy and Bess. After his retirement, he was asked to conduct the Jefferson City Symphony Chorus where he performed major works for 4 years. Following that, he organized and conducted the Lincoln University Reunion Choir which met every 4 years
beginning in 2004. His last performance with this choir was October 7, 2016. The performance was in memory of his late wife, Charlene.

From 2014-2016, he was the guest organist and accompanist for soloists and special occasions at Lincoln University.

He received many awards and honors: Keeper of the Dream (Martin Luther King); Exemplary Service to Students in the Department of Arts and Science; Resolution from Missouri House of Representatives for Outstanding Leadership to Lincoln University Vocal Ensemble; Mentoring and Guidance of our students in pursuit of higher education from October Club in Detroit, Michigan; Student Government Association of Lincoln University; Lincoln University Vocal Ensemble from Legion Black Collegians, University of Missouri, Columbia, Missouri; Presidential Citations from the National Association for Equal Opportunity in Higher Education; Outstanding Service Award from Lincoln University National Alumni Association; Outstanding Service to Grace Episcopal Church; Proclamation of Service to Grace Episcopal Church from Governor John Ashcroft; plaque of Appreciation from the Cork Opera Orchestra of Cork, Ireland

He held membership in the following organizations: Music Educators National Conference where he was the Chairman of Student Membership; American Choral Directors Association; Honorary Life Membership in the Irish Federation of Musicians; International Association of Jazz educators; Founding member of the Boys and Girls Club of Jefferson City, Missouri; and Phi Mu Alpha Sinfonia of America.

Robert was the last of his siblings: three sisters and two brothers; Sidney Mitchell (Freddy Mae); Francis (Bertram) Swanson; Mildred (Oscar) Sockwell; Sarah (Morris) Thomas; William (Audrey) Mitchell. He was also preceded in death by his wife, Charlene Mitchell whom he married in 1971.

Mr. Mitchell leaves behind many people to celebrate his life. His son Robert Mitchell, Jr.; three grandsons: Anthony, Jason and Justin Devereaux and many nieces and nephews and grandnieces and nephews as well as many friends and former students.

Visitation will be 5-7 p.m. Thursday, April 22, 2021, at Dulle-Trimble Funeral Home. Facial coverings are encouraged while in attendance.

Private family funeral service will be 10 a.m. Friday at Grace Episcopal Church with Rev. Bill Nesbit officiating. The service will be live streamed for those who wish to watch from home. The link can be found on Mr. Mitchell’s obituary page under Tribute Wall at www.dulletrimble.com.

Memorials are suggested to Grace Episcopal Church or Lincoln University.

Those wishing to email tributes or condolences to the family may do so at the www.dulletrimble.com website.
To send flowers to the family in memory of Robert Lee Mitchell, Sr., please visit our flower store.