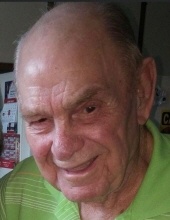 He was born Agust28, 1933, in Jefferson City, the son of the late Leonard and Eleanor (Heimericks) Weavers.

He served his country in the United States Air Force during the Korean Conflict stationed in Germany from 1952-1956.

He was united in marriage on October 13, 1996, in Holts Summit to Anna Bell Lairmore who preceded him in death on January 1, 2018.

Bob worked as a truck driver for the Teamsters at the Callaway Nuclear Power Plant for eight years. He also worked for various dump truck companies as a driver. He retired in 1995 from the Missouri Department of Corrections after 14 years of service.

He was a life-long member of the VFW Post 35 in St. Martins and a former member of VFW Post 1003 in Jefferson City. He enjoyed watching the St. Louis Cardinals and playing bingo.

He was preceded in death by his parent; and his wife, Anna Bell Weavers.

Funeral service will be noon Monday at Dulle-Trimble Funeral Home.

Burial with military honors will follow at Hawthorn Memorial Gardens.

The general public is welcome to attend the services while following social distancing guidelines. Please stay 6 feet apart and avoid close contact. Anyone is welcome and encouraged to wear personal masks or other personal protective equipment while in attendance.

Memorials are suggested to the Central Missouri Honor Flight.

Those wishing to send condolences to the family may do so at the www.dulletrimble.com website.
To send flowers to the family in memory of Robert Lawrence Weavers, please visit our flower store.