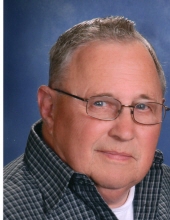 Robert J. Wisch, 85 of Jefferson City passed away on Monday, January 17, 2022 at home surrounded by his family.

He was born March 12, 1936 in Jefferson City, the son of the late Andrew and Byna (Ragain) Wisch. Robert grew up in Jefferson City and was a graduate of St. Peter Catholic High School. He was a veteran of the U.S. Army serving from 1959-1961. On November 3, 1962, Robert married Karen Lambert at St. Peter Catholic Church. Robert and Karen raised three children, Phillip, Kathy and Bryan. Robert worked as a service technician/supervisor for Sears Roebuck. He loved his job which took him all over central Missouri helping hundreds of families throughout his career. After his retirement from Sears, Robert worked for the Missouri Department of Office Administration, Facilities Management. Robert had the gift of being able to fix anything imaginable. If he wasn’t fixing, tinkering, sawing or making something old into something new, Robert could be found fishing, camping, scouting, building model railroad trains, reading or doing crossword puzzles. Most of all, Robert enjoyed time spent with family especially with his grandchildren and great-grandchildren whom he adored. He was a member of Immaculate Conception Catholic Church and was a past Scoutmaster for Troop 6.

Visitation will be Friday, January 21, 2022 From 10:00 a.m. until 11:00 a.m. at Immaculate Conception Catholic Church, 1208 McCarty St., Jefferson City with the Mass of Christian Burial beginning at 11:00 a.m. Father Donald Antweiler will officiate. Burial will be in Hawthorn Memorial Gardens.

Family and friends are welcome to attend the services while following social distancing guidelines. Facial coverings are strongly encouraged.

Those wishing to email condolences to the family may do so at www.dulletrimble.com.
To send flowers to the family in memory of Robert Joseph Wisch, please visit our flower store.