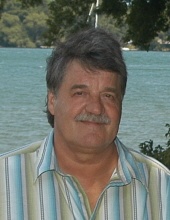 Robert Dean “Bob” Thompson, 69, of Jefferson City, passed away Monday, May 20, 2019, at Capital Region Medical Center surrounded by his family.

He was born October 29, 1949, in Jefferson City, the son of the late Milo Truman and Lorene (Gray) Thompson.

Bob served his country in the United States Army during the Vietnam Era.

He was preceded in death by his parents; grandparents; and a brother-in-law, Leon “Butch” Hoelscher.

Private family services will be held at a later time.

Those wishing to email tributes or condolences to the family may do so at the www.dulletrimble.com website.
To send flowers to the family in memory of Robert Dean "Bob" Thompson, please visit our flower store.