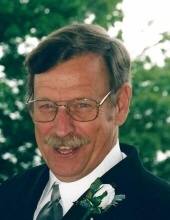 He was born September 21, 1949, in Jefferson City, the son of the late Carney Joseph and Esther Theresa (Pirner) Surface.

Robert was a 1967 graduate of Jefferson City High School.

He was united in marriage on March 3, 1973, in Jefferson City at the Cathedral of St. Joseph to Alice Rose Schepers who resides at the home.

Robert worked for the Jefferson City Department of Public Works in the sewer division and retired in 2002 from the Jefferson City Airport where he worked in maintenance. During the 1993 and 1995 floods, Robert helped to rebuild the airport terminal. He continued working after his retirement for one year at Scholastic and ended his career at the State of Missouri Department of Corrections in the maintenance department.

He was a proud member of the Veteran of Foreign Wars, Post 1003, and a life-member of the National Rifle Association.

He loved to trout fish, camp, hunt, and bowl. Robert was a “Jack of all trades and a master of none.”

Funeral services will be 10 a.m. Tuesday, at Dulle-Trimble Funeral Home.

Memorials are suggested to the family, in care of Alice Surface, or to the Wounded Warrior Project.

Those wishing to email tributes or condolences to the family may do so at the www.dulletrimble.com website.
To send flowers to the family in memory of Robert Dale Surface, please visit our flower store.