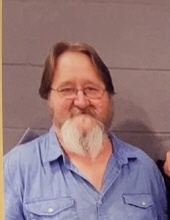 Robert Allan Howard, 61, of Russellville, passed away Tuesday, August 17, 2021, at his residence.

He was born December 18, 1959, in Jefferson City, Missouri, the son of the late Nelson Lilburn and Norma Jean (Green) Howard.

He was a 1977 graduate of Russellville High School and was a 1979 graduate of Linn State Technical College in automotive body repair.

He was united in marriage on February 21, 2014, in Jefferson City to Charlene Kay Gardner who survives at the home.

Robert worked for Command Web in Jefferson City for over twenty years as a material handler. He also had worked for MFA Exchange and Von Hoffman Press. He enjoyed Harley Davidson motorcycles, classic muscle cars, and his dogs.

He was preceded in death by his parents; one sister, Nancy Howard; one brother, Nelson Howard, Jr.; and a niece, Rachel Howard.

Visitation will be 2-4 p.m. Saturday, September 18, 2021, at Scrivner-Morrow Funeral Homes in Russellville.

Burial will be in Spring Garden Cemetery.

Memorials are suggested to St. Jude Children’s Research Hospital or to the Callaway Hills Animal Shelter.

Those wishing to send condolences to the family may do so at the www.scrivnermorrowrussellville.com website.
To send flowers to the family in memory of Robert Allan Howard, please visit our flower store.