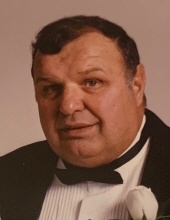 He was born November 5, 1939, in Sedalia, Missouri, the son of the late Martin “Bud” and Vina Catherine (Westerman) Murphy.

Richard was a 1957 graduate of Helias High School, received his bachelors degree from Lincoln University, and was commissioned in the U.S. Army as a 2nd Lieutenant.

He was united in marriage in 1964, at Fort Benning, Georgia to Mary Jane Busch who preceded him in death in 2017.

After his initial service in the Army, he returned to Jefferson City where he served in the Missouri National Guard. He also worked for the Division of Administrative Services for the State of Missouri.

After leaving state government in 1975, he went full-time active duty in the Army National Guard. He was selected for the highly prestigious U.S. Army War College and graduated in 1980. He later graduated from the U.S. Army Command and General Staff College. He served 20+ years with the Department of Defense at Fort Lee, Virginia.

In his free time, Richard enjoyed fishing, watching sports, and spending time with his family.

He was preceded in death by his parents and his wife.

Visitation will be 4-5 p.m. Friday, October 18, 2019, at Dulle-Trimble Funeral Home followed by a service at 5 p.m. with the Rev. Chris Cordes officiating. Military honors will conclude the service.

Memorials are suggested to the Central Missouri Honor Flight.

Those wishing to send condolences to the family may do so at the www.dulletrimble.com website.
To send flowers to the family in memory of Richard Dean Murphy, please visit our flower store.