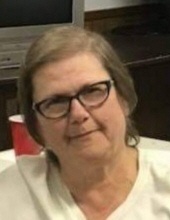 Rhonda Kay Hagenhoff, 62, of Westphalia, passed away Friday, February 4, 2022, at her residence.

She was born December 14, 1959, in Jefferson City, to Ronald and Lillian (Klebba) Cassmeyer.

She was married on October 20, 1979, in Folk to Thomas Clarence Hagenhoff who resides at the home.

Rhonda was a graduate of Fatima High School.

She worked for over twenty years for St. Mary’s Hospital at the switchboard and registration and in earlier years, Rhonda spent twenty years working for the State of Missouri Department of Revenue selling license plates.

She was a member of St. Anthony of Padua Catholic Church.

She enjoyed sewing and color books. Her favorite times were with her grandchildren.

She was preceded in death by her father, Ronald Louis Cassmeyer; a sister-in-law, Alma (Floyd) Hile; and a brother-in-law, Bernard Lueckenhoff.

Mass of Christian Burial will be 10:00 a.m. Wednesday, February 9, 2022, at St. Anthony of Padua Catholic Church with the Rev. Ignazio C. Medina officiating.

Burial will be in St. Anthony of Padua Catholic Cemetery.

Dulle-Trimble Funeral Home in Westphalia is in charge of arrangements.
Those wishing to send condolences to the family may do so at the www.dulletrimble.com website.
To send flowers to the family in memory of Rhonda Kay Hagenhoff, please visit our flower store.