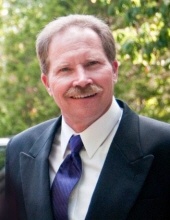 Visitation will still occur on Thursday, December 3, 2020, from 4-7 p.m. at Russellville Baptist Church. The family will not be in attendance. Those attending the visitation are asked to follow social distancing guidelines. Masks are encouraged while in attendance.

Private burial will be held for family only on Friday at Versailles City Cemetery.

On May 27, 1977, Dinzel was united in marriage to Diane Kay Marriott at Gravois Mills Baptist Church.

Dinzel gave his heart to Jesus at a young age and believed God had called him to ministry of some kind. He devoted his life to serving the Lord Jesus Christ by teaching Sunday School, leading the music, driving the church bus, witnessing and ministering to folks in various ways.

He also served as Interim Pastor at Edmonson Baptist Church, Solid Rock Church, Boonville and First Baptist Church, Sunrise Beach. During his ministry he, sometimes with his family, was privileged to visit Belarus, Russia, Romania, and El Salvador where he preached God’s Word, ministered to people, and made lifelong friends. Dinzel and his wife, Diane, hosted and ministered to international students through the Baptist Collegiate Ministry at Lincoln University in Jefferson City.

He also participated in summer mission trips with the Russellville Baptist Church youth and leaders as a part of World Changers, Sports Crusaders and 3MT, helping people in local communities. On Tuesdays, without fail before Covid, you could find him guitar in hand with the Preschoolers at the Russellville Elementary.

Dinzel was a loving husband, father, and grandpa who spent as much time as possible with his family. One of the many gifts that he passed along to his sons, friends and numerous children was the love of music. He encouraged his sons in their musical pursuits and set an example by playing along with them as they grew and developed their talents. He was known for buying harmonicas for his grandchildren as well as other children in his life.

In addition to his parents, he was preceded in death by his brother Evan Doran Webb and his sisters Delda Fay Webb and Sarah Ann Wilson.

Visitation will be 4-7 p.m. Thursday, December 3, 2020, at Russellville Baptist Church.

Funeral services will be announced at a late time.

Private burial will be at Versailles City Cemetery.

Memorials in honor of Dinzel are suggested to his family.

Those wishing to send condolences to the family may do so at the www.scrivnermorrowrussellville.com website.
To send flowers to the family in memory of Rev. Dinzel Eugene Webb, please visit our flower store.