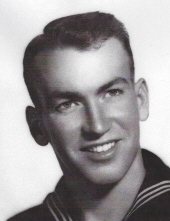 He was born on July 20, 1943, in Louisiana, Missouri, the son of the late Raymond Otto and Etta Roselle (Trower) Allen.

He was a 1961 graduate of Bowling Green High School.

Raymond served in the United States Navy and was stationed on the USS John King during the Cuban Missile Crisis.

He was married on June 25, 1989 in the Governor's Garden in Jefferson City, Missouri to Jacqulyn Lee "Jackie" Knight, who resides at the home.

In his earlier years, he was an executive for Bell Telephone Company and spent most of his career in security at Callaway Nuclear Plant in Reform, Missouri.

He was a member of Liberty Road Baptist Church.

Raymond enjoyed spending time with his family especially his grandchildren, fishing, playing his harmonica and listening to all kinds of music. Those that knew him, knew he had a dry sense of humor and loved a good joke.

He was preceded in death by his parents; a sister, Carolyn Adams; and a brother-in-law, Richard Hutcherson.

A memorial service will be Saturday, 11 a.m., December 1, 2018, at the Liberty Road Baptist Church with Pastor Kim Smith officiating.

Memorials are suggested to the Missouri Veterans Home, #1 Veterans Drive, Mexico, Missouri 65265 or to a Veteran's charity of the donor's choice.

Dulle-Trimble Funeral Home is in charge of arrangements.
To send flowers to the family in memory of Raymond Glenn Allen, please visit our flower store.