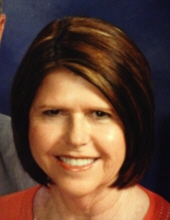 She was born November 24, 1947, in Osage Bend, MO, the daughter of the late Joseph Henry Bisges and Ludvina Alma (Bode) Bisges.

Phyllis attended school in Osage Bend and Fatima High School, graduating at the age of 16. Following her high school years, she graduated from Lincoln University in Jefferson City, MO with a bachelor’s degree in Business Education and several years later from the University of Missouri-Columbia with a master’s degree in the same field.

Phyllis was the first Business Education teacher at Blair Oaks High School in Wardsville, MO. She next taught school at John Marshall High School while her husband served in the Air Force, and finally at Nichols Career Center and Lincoln University.

Later, Phyllis worked at the State of Missouri Department of Revenue in multiple training roles, which eventually led her to start a software training company called “Training First” in Jefferson City. Her office was located on Missouri Boulevard and her largest customers were ABB, Central Bank and IBM. While working with IBM she traveled to 20+ states to deliver custom training to large, regional groups of their employees. Phyllis ended her career with training and technology roles for the Missouri State Teachers Retirement System and the Department of Economic Development in Jefferson City.

Phyllis was united in marriage on August 12, 1967, at St. Margaret Catholic Church in Osage Bend, MO to John Heckemeyer, who survives at their home in Jefferson City.

Following John’s Honorable Discharge from the Air Force in 1972, they joined the Cathedral of St. Joseph, where Phyllis volunteered her time in fundraising efforts such as the Christmas Bazaar and cooked for Monsignor Kurwicki during her retirement. She was active in Marriage Encounter where she helped couples grow in their commitment to each other and improve their marriages while traveling to several national convention sites. In later years she also volunteered for the Red Cross.

Phyllis' life was centered around being a faithful servant of God, a devoted wife, a loving mom and grandmother, and a loyal friend. Phyllis had a passion for her many interests and hobbies including: * Cooking - She was an avid collector of recipes and never afraid to test her skills on new dishes. * Dancing - She and her husband could often be seen on the dance floor at the Capitol Ritz and Steppin’ Out. * Golf - She took the game up later in life, picking it up quickly. * Piano - She learned to play well, eventually acquiring a grand piano, which was one of her prized possessions. * Tennis - She played at the Jefferson City Parks & Recreation courts and the YMCA in a doubles league with fellow members. * Travel - in addition to frequent journeys to California and Colorado to visit family, she planned a unique trip to Hawaii, a snowmobiling trek through Yellowstone National Park and her 50th wedding anniversary in Lake Tahoe.

She was preceded in death by her parents.

Mass of Christian Burial will be 11:30 a.m. Thursday, March 14, 2019, at the Cathedral of St. Joseph with the Rev. Louis Nelen and the Rev. Joshua Duncan concelebrating.

Dulle-Trimble Funeral Home is in charge the arrangements.

Those wishing to email tributes or condolences to the family may do so at the www.dulletrimble.com website.
To send flowers to the family in memory of Phyllis Ann Heckemeyer, please visit our flower store.