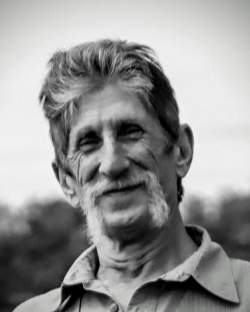 If you knew Phillip Watts, you remember him as being a “Good ol’ Boy”.  Even though he was rough around the edges with a little cussing and a few scuffles, Phillip had a heart of gold and would give you the shirt off his back if needed.  Whether it was hunting, fishing, playing pool with friends at Humpy’s Bar or at the racetrack cheering on Joe and Stan, and being known as a “Jack of all Trades”, Phillip lived life to the fullest

Phillip was born April 8, 1959 in Jefferson City to the late John and Anna (Rannabargar) Watts.  He grew up in Russellville and attended Russellville High School.  On October 13, 2001, Phillip married LaDonna Allen in Centertown.  He worked construction for Roger Voss Construction, Quality Exteriors and later for himself specializing in home construction.  Phillip took pride in his work, always striving to make every detail perfect.

A Celebration of Life for Phillip will be held at the Russellville City Park on Saturday, October the 15th. Friends are welcome to greet the family starting at 2:00 p.m. until 5:00 p.m.

To send flowers to the family in memory of Phillip Watts, please visit our flower store.