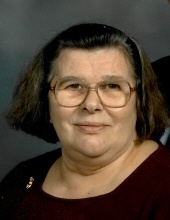 She was born on April 10, 1943, in Bonnots Mill, the daughter of the late Raymond Joseph and Mathilda Frances (Holzer) Kliethermes.

She was united in marriage on October 23, 1982, in Taos to Arthur Adolph “Sonny” Gentges, who resides at the home.

She was a member of Immaculate Conception Catholic Church. She was also a Cole County poll worker for several years.

Pauline’s favorite times were with her children and three grandsons. She enjoyed reading her Bible, swinging on her porch swing watching the hummingbirds, crossword and word search puzzles, watching Gunsmoke, The Waltons, and murder mysteries on tv, and animals, especially cats.

She was preceded in death by her parents; an infant sister, Mary Ann Kliethermes, two sisters, Audrey (Ralph) Dietzel and Teresa Ferguson; and a nephew, Matt Ferguson.

Mass of Christian Burial will be at 10 a.m. Tuesday, January 5, 2021 at Immaculate Conception Catholic Church with Rev. Donald Antweiler officiating. The service will be live streamed for those who wish to watch from home. The link can be found on Pauline’s obituary page under tribute wall at www.dulletrimble.com.

Memorials are suggested to the family of Pauline Gentges or to Catholic Charities of Central and Northern Missouri.

Those wishing to email tributes or condolences to the family may do so at the www.dulletrimble.com website.
To send flowers to the family in memory of Pauline Leona Gentges, please visit our flower store.