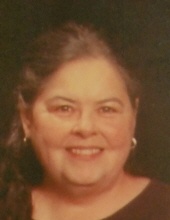 She was born November 1, 1944, in Jefferson City, the daughter of the late Lucille Dudley.

She was a 1962 graduate of Russellville High School.

She was united in marriage on July 13, 1964, in Westphalia to Walter H. "Junior" Feltrop who preceded her in death on July 17, 1966. She married Franklin Delano Baumhoer on April 8, 1967, in Jefferson City who survives in Westphalia.

Patsy was a homemaker, in later years she was an assistant at Fun Time Daycare in Westphalia, and helped to prepare food at the Westphalia Inn.

She was a member of St. Anthony of Padua Catholic Church in Folk. She enjoyed cooking, playing cards and board games with family and friends. In earlier years, she enjoyed making ceramics, and playing on a ladies bowling league.

She was preceded in death by her mother and step-father, Lucille and Walker Lister; son-in-law, Roy West; granddaughter, Tiffany Buechter; and two brothers, George Lister and Bill Lister.

Mass of Christian Burial will be 11 a.m. Friday at St. Anthony of Padua Catholic Church in Folk with the Rev. Anthony J. Viviano officiating.

Burial will be in St. Anthony of Padua Catholic Cemetery.

Memorials are suggested to the family of Patsy Baumhoer.

Those wishing to email tributes or condolences to the family may do so at the www.dulletrimble.com website.
To send flowers to the family in memory of Patsy Lee Baumhoer, please visit our flower store.