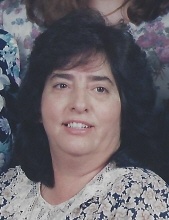 Patsy Jane Eckelkamp, 76, of Jefferson City, passed away Saturday, October 5, 2019, at her residence surrounded by her family.

She was born May 29, 1943, in Jefferson City, the daughter of the late William Matterson and Hattie Mae (Yates) Branson.

Patsy was a graduate of Jefferson City High School.

She was united in marriage on June 14, 1969, at Memorial Baptist Church in Jefferson City to Charles Frederick Eckelkamp who survives at the home.

Patsy worked for McGraw Eddison, ShopSmith, Missouri Division of Health, and Scholastic, Inc. where she retired in 2003.

Visitation will be 11 a.m. to 1 p.m. Wednesday at Dulle-Trimble Funeral Home.

In lieu of flowers, memorials are suggested to Hospice Compassus.

Those wishing to send condolences to the family may do so at the www.dulletrimble.com website.
To send flowers to the family in memory of Patsy Jane Eckelkamp, please visit our flower store.