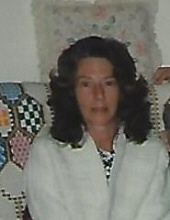 She was born February 16, 1945, in Los Angeles, California, the daughter of the late Raymond Jewell and Agnes Henrietta (Bemboom) Newman.

Patricia worked for the Jefferson City Telephone Company and the State of Missouri as a clerk typist.

She was a former member of St. Peter Catholic Church. She enjoyed reading, crafts including painting, and being in nature around animals.

She was preceded in death by her parents.

Funeral service will be 11 a.m. Tuesday at Dulle-Trimble Funeral Home.

Those wishing to email tributes or condolences to the family may do so at the www.dulletrimble.com website.
To send flowers to the family in memory of Patricia Marie Newman, please visit our flower store.