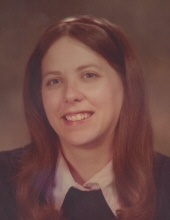 Patricia Jean "Patti" Pitts, 66, died peacefully on February 20, 2019, from frontal temporal dementia at her home in Jefferson City surrounded by her loving family.

Patti was born on February 6, 1953, in St. Louis. Her parents were Mici Clara (Van Buren) Schindler and John Raymond Schindler.

Patti grew up in a loving family with 10 siblings and her parents. She attended St. Stephen Elementary School and graduated from St. Elizabeth High School in 1971. As a child she enjoyed playing sports and reading library books.

Patti graduated from the University of Missouri-Columbia with a Bachelor of Science degree in Child and Family Development in 1975.

Patti married the love of her life, Phillip Pitts, on May 17, 1975, at the Newman Center in Columbia. She worked as a nursery school teacher for two years at Carondelet Daycare in St. Louis before starting her career as a social worker in 1977. She worked for the Missouri Division of Family Services from 1977 to 1981 and again from 1984 to 2010. During her long career as a social worker Patti worked in income maintenance, home finding, investigations, and for the child abuse hotline in St. Louis, Hillsboro, and Jefferson City. She retired in 2010. In retirement, she enjoyed caring for her grandchildren.

Patti enjoyed reading, playing cards and board games, doing puzzles, bowling, making chocolate chip cookies, and celebrating Christmas. She especially enjoyed cheering for the St. Louis Cardinals and watching Lifetime movies. She also loved to watch her children play and coach sports. She followed their teams from Helias, St. Joseph Central, the University of Missouri, Truman State University, St. Thomas University, Northwest Missouri State, and Lincoln University. She was a regular walker at Capitol City Mall, Walmart, and Gerbes. In 1979, she and her family appeared on Family Feud and won over $6000.

Mass of Christian Burial will be held at 10:00 am at the Cathedral of St. Joseph, 2305 West Main Street, Jefferson City, MO 65109. The celebrant will be Fr. Fred Elskamp and Deacon Dan Joyce will assist.

Interment will follow at Resurrection Cemetery, 3015 W Truman Blvd, Jefferson City, MO 65109. Family and friends will gather after the interment for a social in the Undercroft at the Cathedral of St. Joseph.

Those wishing to email tributes or condolences to the family may do so at the www.dulletrimble.com website.
To send flowers to the family in memory of Patricia Jean "Patti" Pitts, please visit our flower store.