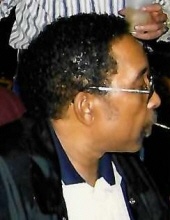 Otis Leroy Robinson, 75, of Jefferson City, passed away Saturday, November 27, 2021, at his residence.

He was born December 12, 1945, in Moberly, Missouri, the son of the late Otis B. and Louella (Tolson) Robinson.

He graduated from Westran High School with a Scholarship to Kirksville State Teachers College (now named Truman State University) but decided to not accept it as he entered the U.S. Navy. He also received a Science Award for a Senior in his graduation
class that had taken 4 years of science. He also played softball and basketball at Westran High School and was an Honor Roll student.

Otis served his country in the United States Navy and the National Guard Reserve. He was a candidate for Officer's School in the Navy but decided not to attend.

He was united in marriage on June 1, 1964, in Huntsville, Missouri to Sandra Lee Smith who survives at the home.

Otis his Electrical License from the City of Jefferson City in 2000. He worked as an electrician for Cheesebourgh Ponds and later retired from ABB. He is a member of UAW Union.

He also loved cats and fed them regularly. They were strays.

He was preceded in death by his parents; one son, Otis Leroy Robinson, Jr.; and two brothers, William Robinson and Carl Robinson.

Those wishing to email tributes or condolences to the family may do so at the www.dulletrimble.com website.
To send flowers to the family in memory of Otis Leroy Robinson, please visit our flower store.