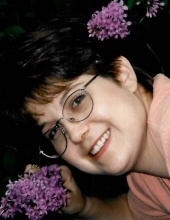 Nicole was born on March 14, 1972 in Jefferson City, Missouri, the daughter of Glenn Kliethermes and Vickie Nilges.

Nicole, in early childhood began a happy, joyful life, until an accident happened when she caught her dress on fire, and got 3rd degree burns on her upper legs. She fully recovered from the accident and created her strong internal strength within.

Later in her years, she continued to grow, showing her laughter, support, love, and curiosity in adventure with family and friends. In high school, Nicole developed friendships that have lasted after death. She shared love in hugs and kisses, parties, and sleepovers, and got to travel to Germany with her family.

She graduated from Jefferson City High School in 1990, and headed off to college. During college, she realized her love for History and decided to major in History. Two college credits before graduating, she was surprised to find the news of expecting her first child, Logan Courtney.

Nicole, then become a wonderful, adventurous mother, while finding a new career adventure in property management at Deville Southwest Properties in Jefferson City, Missouri. Nicole continued to be a property manager for 25 years at two different complexes. In 2009, she moved to Ashland, Missouri with her loving partner Ron Crider, and received her second surprise, her son, Micah Crider. Nicole continued to show her strength, joy, and passions in love, learning, support for others, and strength.

Nicole suffered several strokes in her 40's, and she continued to show her internal strength to keep moving forward after hard times by starting her own business with Hemworx, and continuing her strength, joy, wisdom, love, and support with her children, partner, family, and friends.

Nicole's Celebration of Life will be held at 810 Sandstone St, Jefferson City, Missouri at the Cedar City Room on Monday, March 9, 2020, starting at 11 a.m.

Those wishing to send condolences to the family may do so at the www.dulletrimble.com website.
To send flowers to the family in memory of Nicole Ann Courtney, please visit our flower store.