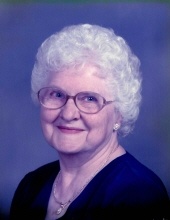 Mildred Emily Walters, 87, of California, Missouri, passed away on January 4, 2020, at Moniteau Care Center surrounded by her family.

She was born February 13, 1932, in Slater, Missouri, the daughter of the late Edwin E. and Bernadine Catherine (Eichholz) Herman.

She married Brooks Dean Walters on June 23, 1951, at Annunciation Catholic Church in California who preceded her in death on April 23, 1989.

Mildred was a 1950 graduate of California High School. She worked at the Jacket Factory in California as a seamstress until her retirement in 1997.

She loved her family and doing things with her grandchildren and great-grandchildren. She enjoyed gardening and quilting with the ladies at Annunciation Church.

She was a member of Annunciation Catholic Church.

Mildred was preceded in death by her parents; one brother, James Herman; and one sister, Edna Herman.

Visitation will be 5-7 p.m. Tuesday, January 7, 2020, at Annunciation Catholic Church in California with a rosary service at 4:30 p.m.

Memorials are suggested to Annunciation Catholic Cemetery or to American Cancer Society Relay for Life of Moniteau County.

Those wishing to email tributes or condolences to the family may do so at the www.dulletrimble.com website.
To send flowers to the family in memory of Mildred Emily Walters, please visit our flower store.