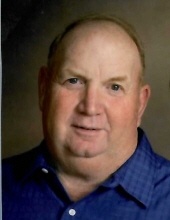 Melvin Theodore Lock, 70, of Jefferson City, passed away Thursday, June 2, 2022, peacefully at his residence with his family.

Melvin was a 1970 graduate of Fatima High School.

He was united in marriage on October 6, 1973, at St. Margaret of Antioch Catholic Church in Osage Bend to Cecilia Evelyn Bisges who survives at the home.

Melvin served his country in the Missouri National Guard for over 22 years.

Melvin worked for the Missouri Department of Transportation with the Signing and Striping division.

He was a member of St. Francis Xavier Catholic Church in Taos, a former member of the Argyle Knights of Columbus, and an active member of the Wardsville Lions Club.

Melvin enjoyed hunting, fishing, gardening, and mowing grass. He especially loved time with his granddaughters and attending their sporting events.

He was preceded in death by his parents; his in-laws, George and Cornelia Bisges; his son, Matthew Lock; and a brother-in-law, Don Bernskoetter.

Mass of Christian Burial will be 10 a.m. Thursday, June 9, at St. Francis Xavier Catholic Church in Taos with the Rev. Michael Penn officiating.

Memorials are suggested to St. Francis Xavier Catholic Church or to the Missouri Heart Institute.

To send flowers to the family in memory of Melvin Theodore Lock, please visit our flower store.