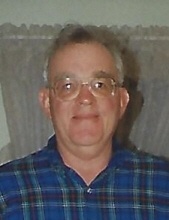 He was born March 13, 1942, in Jefferson City, the son of the late Anthony Herman “Tony” and Marie Agnes (Yanskey) Poetker.

He was a graduate of Helias High School where he was a member of the 1958 State Golf Championship Team. He later attended Christian Brothers University in Memphis.

Melvin joined the United States Army in 1963, graduated from the Army Signal School at Ft. Monmouth, NJ in 1964 and from Spartan School of Electronics in Tulsa, OK in 1968. He served a tour of duty in Vietnam and was honorably discharged in 1969.

Melvin worked for IBM as an electronic engineer in St. Louis until his retirement in 1997. Following his retirement, he moved back to Jefferson City to care for his mother in her final years.

He was a charter member of the Cathedral of St. Joseph. He enjoyed playing in several golf leagues and spending time with his cousins.

Mass of Christian Burial will be 11 a.m. Thursday at the Cathedral of St. Joseph with the Rev. Louis Nelen officiating.

Those wishing to email tributes or condolences to the family may do so at the www.dulletrimble.com website.
To send flowers to the family in memory of Melvin Francis Poetker, please visit our flower store.