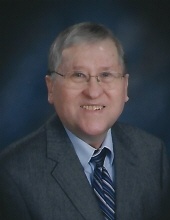 He was born February 8, 1938, in Guthrie, Missouri, the son of the late Paul Gerhardt and Helen Catherine (Renner) Meyer.

He was a 1955 graduate of New Bloomfield High School.

Melvin served his country in the United States Army serving from 1957-1959. He received special recognition as a sharpshooter.

On February 20, 1966, at First Baptist Church in Jefferson City, he was united in marriage to Marlis Adele Platter who preceded him death on November 10, 2014.

Melvin worked for the Missouri Department of Transportation Project Office from 1959 until his retirement in 2000 as Senior Construction Technician.

He was a member of First Baptist Church in Jefferson City where he served as a Deacon, Sunday School teacher, Brotherhood Director, and worked with Royal Ambassadors. He enjoyed coaching little league, bowling, hunting, and fishing, and spending time with his family especially his grandchildren. He was a charter member of Cole County Volunteer Fire Department, where he served for many years.

Visitation will be 5-7 p.m. Monday, March 16, 2020, at Scrivner-Morrow Funeral Homes in Russellville.

Burial with military honors will be 1:30 p.m. Tuesday at Enloe Cemetery in Russellville.

Memorials are suggested to the Summit Villa Activities Fund.

Those wishing to send condolences to the family may do so at the www.scrivnermorrowrussellville.com website.
To send flowers to the family in memory of Melvin Dean Meyer, please visit our flower store.