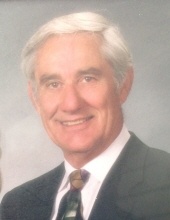 He was born October 29, 1929, in Belview, Minnesota, the son of the late Carl August Werner and Olufine (Smaaland) Carlson.

Melvin received his bachelor’s degree in mechanical engineering from the University of Minnesota. While attending college at Gustavus Adolphus in St. Peter, MN, he played basketball for the University.

He served his country in the United States Air Force prior to and during the Korean Conflict.

He was united in marriage on September 9, 1955, in Minneapolis, Minnesota to Leann Emelie Peterson who preceded him in death on December 6, 1999.

He was a former member of St. James Lutheran Church in Kansas City. He enjoyed watching the St. Louis Blues hockey team, Kansas City Chiefs, and college basketball games, reading, playing puzzles, and going to the casino. Most of all, he loved being with his family.

Family services will be held at Washburn-McReavy Cemetery in Minneapolis, Minnesota at a later date.

In the death of Mr. Carlson, this community witnesses the passing of a good citizen, whose many friends and neighbors will miss him from their midst. He was a man who held his own council and regarded the Golden Rule as part of Christ’s teachings to be followed. A man who considered his word as good as his bond and faced his maker with full faith and confidence, feeling he had made the good fight and would receive his reward. We who have known him for many years can vouch for his kind, neighborly disposition. As a fitting epitaph in his memory let it be said of him: he was a man and that includes all this word implies.

Those wishing to send condolences to the family may do so at the www.dulletrimble.com website.
To send flowers to the family in memory of Melvin Carl Carlson, please visit our flower store.