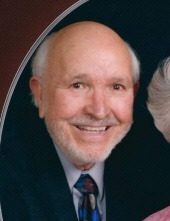 He was born January 19, 1939, in Cove City, North Carolina, the son of the late Doc Stewart, Sr. and Leona Elizabeth (Herring) Stewart.

Ray was united in marriage on March 19, 1966, at Seymour
Johnson Air Force Base in Goldsboro, NC, to Judith Kay Erckman who survives.

Ray began his career by working part-time for the Early Childhood Education Center in Little Rock, AR, from 1970-1973. Ray spent the majority of his career in education at the Arkansas School for the Blind (ASB)in Little Rock, AR, from 1973-1998. There, he was the physical education teacher and later became the Home Life Director. He was most known for his role as Coach. Ray coached the school’s track and field, beep baseball, and wrestling teams. He was more than an educator and coach to hundreds of youth over the years at ASB, the community, and church sports programs. Coach Ray Stewart was loved by all, and he loved all he met.

After he retired from education, he drove part-time for Arrow Coach Lines in Little Rock as a motor coach driver from 1999-2011. He loved touring the country with his beloved wife Judith as the tour director. Together, they enjoyed the adventures with all those who traveled with them.

Private family graveside service, officiated by Pastor Don Rooks, and military honors will be held Monday at the Missouri Veterans Cemetery in Springfield.

An open fellowship time will be held Saturday, January 16, at Immanuel Baptist Church in Little Rock, AR, from noon to 2:00 pm.

Memorials are suggested to the Arkansas School for the Blind, Little Rock, Arkansas, to be used in the form of a scholarship.

Those wishing to send condolences to the family may do so at the www.dulletrimble.com website.
To send flowers to the family in memory of Mathew Ray Stewart, please visit our flower store.