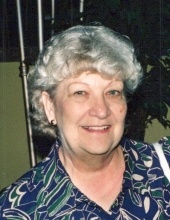 She was born March 9, 1946, in Mary’s Home, Missouri, the daughter of the late John Wesley and Johanna “Jennie” Katherine (Holzer) Clarkston.

Mary Jane was a graduate of Eugene High School.

She was united in marriage on September 10, 1988, at the Cathedral of St. Joseph in Jefferson City to Rowland William Doerhoff who survives at the home.

Mary Jane worked for Florsheim Group in the accounting department, was the Secretary/Treasurer of the American Legion State Headquarters, and was the Treasurer of the Veteran of Foreign Wars Post 1003.

She was a member of St. Peter Catholic Church, life-member of the American Legion Post 5, and a life-member of the VFW Post 1003. Mary Jane enjoyed playing softball in her younger years, going on trips to the casinos, watching the St. Louis Cardinals, playing darts, and spending time with her children and grandchildren.

To send flowers to the family in memory of Mary Jane Doerhoff, please visit our flower store.