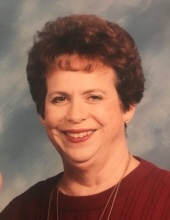 Mary Ann was actively involved in 4-H as a youth member and then served as an adult leader for many years. She participated in bowling leagues, enjoyed fishing and hunting with Gerald, and spending time with her family and friends. She volunteered with the Fire Flies Auxiliary for the Northwest Fire Protection District of Camden County serving as president, vice president, and treasurer. She was a member of the Elks Lodge, and also served as a volunteer tax preparer for senior citizens through AARP.

She was preceded in death by her parents; her husband, Gerald; a grandson, Jonathon Cunningham; and an infant sister, Jean Marie Bisges.

Mass of Christian Burial will be 10 a.m. Friday, at St. Margaret of Antioch Catholic Church in Osage Bend with the Rev. Chris Cordes officiating and Deacon Fred Schmitz assisting.

Burial will be in St. Margaret of Antioch Catholic Cemetery.

Those wishing to email condolences to the family may do so at the www.dulletrimble.com website.
To send flowers to the family in memory of Mary Ann Kaiser, please visit our flower store.